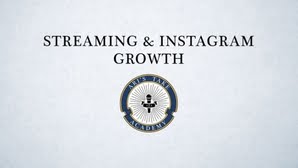 You need to find them.

It’s no surprise that music discovery is happening on Spotify and the other streaming services. Yes, playlists are a driving force. And when an artist’s song gets included on a popular playlist, their streams can skyrocket overnight.

I’ve heard of artists who were able to quit their day jobs because they got included on a few hot playlists which earned them millions of streams a month (thousands of dollars a month), only to get dropped from those playlists and have to go beg for their job back when their streams dropped to virtually zero.

Because that’s the thing. Getting included on hot playlists may bring in a lot of streams (from many listeners) in a short amount of time.

But these are not your fans.

They could be. But they’re not right now. They are fans of the playlist that your song got included on. And when your song gets removed, those listeners aren’t following through to your profiles to stay in touch with you.

We are living in an era where there are artists with millions of streams on Spotify who cannot draw 50 people to their local shows.

And it has become one of the best ways to find where your fans exist and get them into your world.